Because of deteriorating Covid Situation, DANA Clinic will remain closed till furrther notice. If the situation improves, DANA will reopen in 2/3 weeks. For Online Counselling with the Psychologists and Online Consultation with the Psychiatrists,  please contct DANA’s Mobile Nos. e.g., 9051252231  &  9163498074.

DANA has reopened on 1st July 2020. Currently the Visiting Hours will be limited between 12 & 4 pm daily. As per protocol, the visiting time for each client shall be restricted to 10 -15 minutes. Only one person accompanying the Client/ Patient shall be allowed after proper sanitization and Thermal Check.

All are requested to cooperate.

ONLINE COUNSELLING/ CONSULTATION WILL ALSO CONTINUE. FEES WILL BE ACCEPTED ONLINE AND ALSO AT THE RECEPTION DESK. 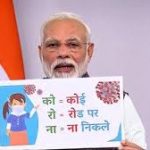 iN THE EVENT OF TOTAL LOCKDOWN ANY PERSON INCLUDIND OUR CLIENTS REQUIRING HELP IN ANY MENTAL HEALTH PROBLEM CAN ACCESS OUR PROFESSIONALS FOR  ONLINE CONSULTATION & COUNSELLING.

PUJA WILL CONNECT YOU TO THE EXPERT.

STAY AT HOME. STAY HEALTHY. THIS IS THE TIME OF TOGETHERNESS IN SPITE OF PHYSICAL DISTANCE.

DANA is Shifting to a New Address at Bosepukur on the Rashbehari Connector, between Gariahat & Ruby General Hospital. 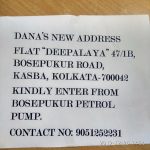 Diagnostic and Applied Neuro-psychological Association (DANA)  is a registered non-profit  organization which was established on February 10, 2000  by a group of Professional Mental Health Workers with a noble mission  to render services to the community for promoting mental health status of the same. DANA continues its work as a registered NGO since 2002. At present, there are Total 28 Members i.e. (namely 15 General Members, 1 Honorary Member and12 Life Members) and 48 Associate Members.

The following orientation programmes were held by DANA between April 2018 and Match 2019:-

(a)  On 9th May, 2018, DANA organized Rabindra Jayanti at its premises. All members and guests actively participated in the programme.

(b)  On 21st October,2018,` Bijoya Sammilani was hosted by Dr Amit Chakraborty at his residence.

(c)  On 21st March 2019, the members of DANA gathered in the residence of Dr Amit Chakraborty on the occasion of Doljatra.

E-billing and E- management of data related to all registered clients of DANA has been continuing over the last six financial years and is being effectively carried on.

A deep sense of gratitude is expressed to A.C.Behera & Co for auditing the Accounts of DANA like previous years at a nominal fee.

Last, but not the least, it is the whole hearted co-operation from all categories of  Members and Office colleagues e.g., Ms. Puja Dutta, Mr. Subhas Maitra, and Mr. Animesh Patra, that has  helped DANA to successfully render its se 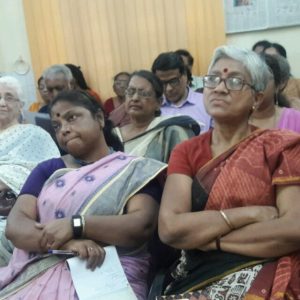 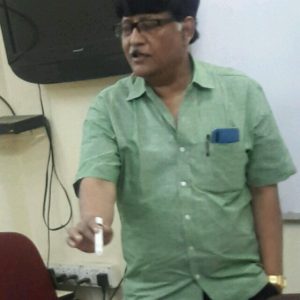 Daylong workshop on Classification of Mental Desease was held  at DANA on 31st March 2019. The Key Speaker was Prof Dr Gautam Bandyopadhyay, Neuropsychiatrist. More than 30 Professionals and Students attended t

Daylong workshop on marital issues and sex problems was held on 25th March 2018 at DANA. Around 25 counsellors and other interested persons attended the workshop. The key speakers were Dr Gautam Bandyopadhay and Dr Amit Chakraborty were the key speakers.

DIAGNOSTIC AND APPLIED NEURO-PSYCHOLOGICAL ASSOCIATION
(D A N A)

To be Presented in the Annual General Meeting of DANA in its Registered Office on 25th June 2017 at 12-00 Noon.

Diagnostic and Applied Neuro-psychological Association (DANA) is a registered non-profit organization which was established on February 10, 2000 by a group of Professional Mental Health Workers with a noble mission to render services to the community for promoting mental health status of the same. DANA continues its work as a registered NGO since 2002, though in fact it has completed seventeen years of its existence. At present, there are Total 27 Members i.e. (namely 14 General Members, 1 Honorary Member and12 Life Members) and 47 Associate Members.

The services offered by DANA can be accessed from the following statistics. The professionals of DANA were associated with:

(a) On 10th April 2016, 4th annual seminar on the Scope of Art Therapy in the treatment of mental illness was held at Hotel Golden Park, Kolkata. The programme was inaugurated by Swami Tattwatitananda osw Ramkrisna Mission Institute of Culture, Golpark. Dr.Chittaranjan Andrade delivered a lecture on” Art, Creativity and Brain”. Dr.Debasis Bhattacharya presented a lecture on “An overview of Art Therapy”, Dr.Sayandip Ghosh spoke on “Art Therapy as an Adunctive Treatment for adult Psychiatric Patients”, Professor Soumik Nandy Majumdar delivered a lecture on “Interpretation of Visual Language- looking through the eyes of children”, Miss Trina Lahiri presented her work on “ Art Therapy in Terminal Illness”. The programme was co-ordinated by Dr. Sheila Banerjee.
A panel discussion was also held on “The Scope of Non-drug Therapy for Treatment of Mentally Ill Patients.”Dr.Gautam Saha, Sri Hiran Mitra, Dr.Gautam Bandopadhyay were the speakers on the topic. Dr.Amit Chakraborty was the moderator of the whole programme.

1. A Mental Health Fair was organized by DANA on 1st and 2nd October 2016 to commemorate Mental Health Week and Mental Health Day. Several NGOs working in the field of mental health participated in the 2 day long function. The following NGOs participated:
Pavlov Institute, Manob Sangbed, Girindrasekhar Clinic and DANA
Seminars on issues relating to mental health were also held on this ocassion
On 1st October Dr Gautam Banerjee, Dr Gautam Bandopadhyay, Mr. Sanjit Sengupta, Mr Tarun Dutta participated in a discussion titled” First Aid in Mental Health”, which was the theme of Mental Health Week, 2016. This discussion was moderated by Dr Sayandip Ghosh.
On the next day (2nd October 2016) the topic was “ Ways of Staying Happy” and the speakers were Dr Debashis Bhattacharya, Dr Amit Chakraborty, Dr Sheila Banerjee and Mr Mohit Ranadip. The programme was moderated by Mrs Bandana Mukherjee.

2. An orientation programme on “Parenting and Child Guidance” was held on 11th December 2016 at DANA premises. The speakers were Dr Amit Chakraborty and Dr Gautam Bandopadhyay. A panel discussion was also held in which Dr. Sheila Banerjee, Mr. Mohit Ranadip and Mrs Bandana Mukherjee participated. The programme was moderated by Dr Sayandip Ghosh.

4. The 2nd orientation programme on “Developmental aspects and problems of Adolescence” was held on 12th February 2017 at DANA premises. The speakers were Dr Amal Kumar Mallick, Mrs Rita Roy, Dr Sayandip Ghosh and Dr Gautam Bandopadhyay. A panel discussion was also held which was moderated and co-ordinated by Dr Amit Chakraborty.

5. DANA participated actively in the Kolkata Book Fair 2016. All books of DANA were exhibited at the Stalls of Shabdohorin .

(a) On 7th May, 2016 DANA organized Rabindra Jayanti at its premises. All members and guests actively participated in the programme.

(b) On 16th October, 2016` Bijoya Sammilani (Ichchhapuron) was hosted by Mrs Rina Guha at Astor Hotel.

(c) On 19th March 2017 the members of DANA gathered at the residence of Dr Amit Chakraborty after Doljatra for an informal get together.