Workshop on Depression is scheduled on 11th June, 2017.

Schedule for orientation programme at DANA on depression to be held on 11.6.2017 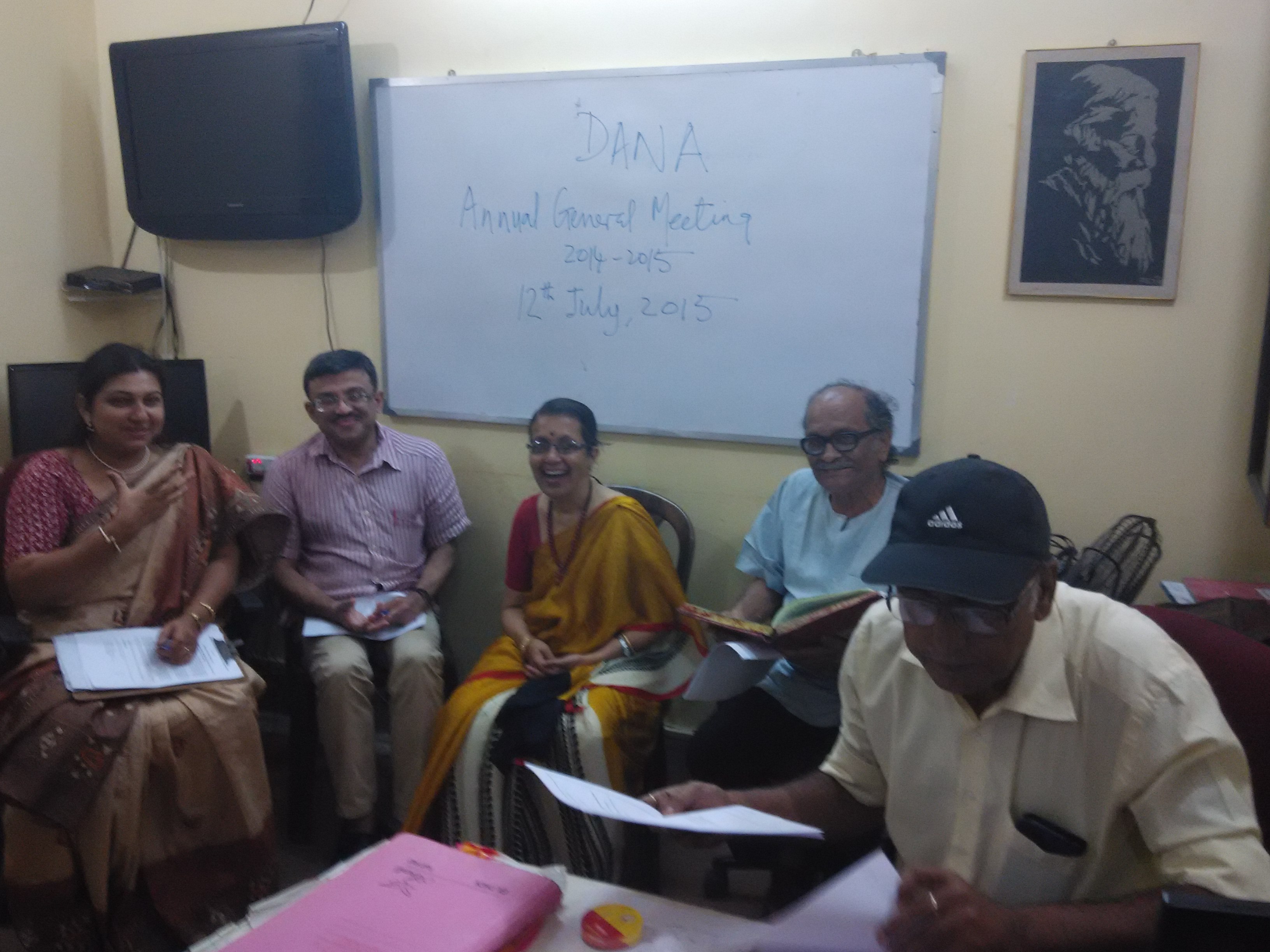 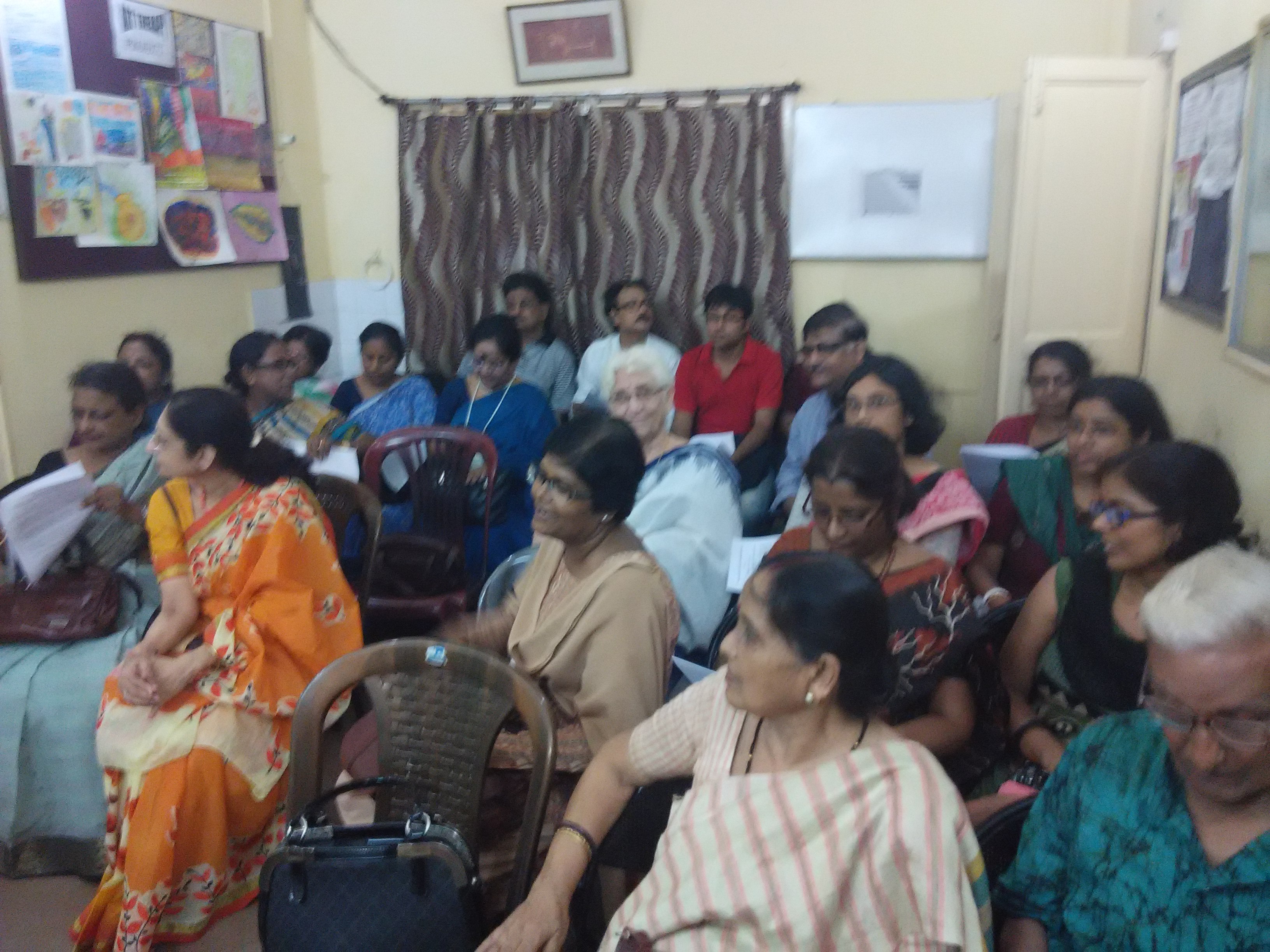 Dana’a Annual General Meeting for 2014-15 was held at its premises on 12th July, 2015 where Dr Sayandip Ghosh, Secretary presented the Annual Activity Report and Mr P.K.Maitra, Treasurer submitted the Audited Statement of Accounts for the year 2014-15. Around 40 General & Associate Members attended the meeting followed by Lunch. Dr Amal Kumar Mullick presided over the meeting and it ended with the vote of thanks to the chair.

To be Presented in the Annual General Meeting of DANA in its Registered Office on 12th July, 2015 at 12-00 Noon.

Diagnostic and Applied Neuro-psychological Association (DANA) is a registered non-profit organization which was established on February 10, 2000 by a group of Professional Mental Health Workers with a noble mission to render services to the community for promoting mental health status of the same. DANA continues its work as a registered NGO since 2002, though in fact it has completed fifteen years of its existence. At present, there are Total 27 Members i.e. (namely 14 General Members, 1 Honorary Member and12 Life Members) and 47 Associate Members.

The Executive Committee Meetings were held on 10th October2014, 1st February, 15th February and 22nd March in 2015. An Extraordinary General Meeting was held on 9th Novemder 2014.

The services offered by DANA can be accessed from the following statistics. The professionals of DANA were associated with:

DANA started 3rd session of One -year Post Graduate Diploma Course in Counselling and Behaviour Management affiliated to the West Bengal State University, Barasat. It was inaugurated on 29 th July, 2014 and the classes started on 17th August, 2014. Theory classes on different subjects related to Psychiatry, Psychology, Psychological Counselling and allied disciplines were held on Sundays from 11a.m. to 01:00p.m. and again from 2p.m.to 4 p.m. 15 students from different streams participated in the Course. Practical classes were held under the guidance of professionals of DANA. Dr. Sheila Banerjee acted as Course Coordinator.

• An Art Therapy unit has been formed at DANA. The committee consists of Dr Amal Kr Mallick, Dr Debashis Bhattacharya, Dr Amit Chakraborty, De Sayandip Ghosh, Dr Rahul Bhattacharya, Mrs Subhra Banerjee Paul and Mr Hareet Basu. Art Therapy Project has been continuing in DANA premises. Mrs Subhra Banerjee Paul psychologist of DANA and Mr Hareet Basu as artist are associated with regular functioning of the project. DANA also collaborated with another NGO working on rehabilitation of psychologically ill patients called Paripurnata for the Art Therapy Project.
• On 2nd November 2014 IIIrd annual seminar on the Scope of Art Therapy in the treatment of mental illness was held at Hotel Golden Park, Kolkata. The programme consisted of welcome address by Dr. Amal Kumar Mallick, Introduction to Art Therapy and the work being done at DANA by Dr.Amit Chakraborty. Dr.Debasis Bhattacharya presented a paper entitled “Visual Communication of the Inner Self”, Dr.Sayandip Ghosh , Mrs. Subhra Banerjee Pal and Mr.Hareet Basu presented a paper titled “Psychotherapy Beyond talking”, Miss Trina Lahiri spoke on her work with children suffering from cancer, Ms. Fahmida Manju Majid(Psychologist & Creative Therapist UK,Bangladesh ) presented a discussion “Enabling Children to Express their Feelings through Multiple Forms of Art Therapy”. A panel discussion was also held on “The Scope of Non-drug Therapy for Treatment of Mentally Ill Patients.”Dr.Pritha Mukherjee, Dr.Tultul Ghosh, Dr.Amita Dutta and Dr. Amit Chakraborty were the speakers on the topic. Dr.Sheila Banerjee was the anchor of the whole programme.
• On 7th November 2014, Ms.Fahmida Manju Majid conducted a programme on Art Therapy through storytelling and other non-conventional techniques which she has been practicing for several years.
C- Public Awareness Programme

• On 10th October 2014 World Mental Health Day was observed by DANA in their premises and a seminar titled “Living with Schizophrenia “was organized. Dr.Debasis Bhattacharya delivered a lecture based on his huge experience of working with patients suffering from schizophrenia and Dr. Amit Chakraborty discussed on several aspects of schizophrenia with particular reference to patients who had learnt to live with their hallucinatory experiences.

• On 27th December 2014 a group of 30 students of RKVM Sarada Girl’s College, Barasat syudying M.Sc., Food and Nutrition attended a seminar at DANA as part of counseling centre visit.Dr.Sheila Banerjee conducted the session.

• On 4th January 2015 a camp was conducted by the professionals of DANA at Samabay Bhaban, Srirampur. The camp was organized by Srirampur Co-operative Credit Society Ltd… The programme was to increase awareness about psychological problems faced by children and adolescents and the difficulties in managing them by their parents. Mrs. Ratna Mitra was the moderators of the programme and Dr. Amit Chakraborty, Dr.Goutam Bandopadhyayand Dr.Amal Kumar Mullick were the resource persons. Other members of DANA participated in the interactive session.

• DANA participated actively in the Kolkata Book Fair 2014. All books of DANA were exhibited at the Stalls of Shabdohorin .

• On 1st February 2015, Dr. Goutam Bandopadhyay held a seminar at DANA to enumerate the changes in the DSM-V. He discussed on the evolution of the classificatory systems viz. ICD and DSM and talked about the changes in DSM-V from DSM-IV and DSM-IV TR

• On 15th March 2015 Ms. Bharati Mutsuddi, lawyer and former member of West Bengal Women’s Commission conducted a seminar at DANA premises on domestic violenc and laws pertaining to women’s rights. The seminar was attended by members and guests and was followed by interactive session.

(a) On 9th May, 2014 DANA organized Rabindra Jayanti at its premises. All members and guests actively participated in the programme.

(b) On 6th October, 2014` Bijoya Sammilani was hosted by Dr. Amit Chakraborty in his residence.

(c) On 15th February 2015 DANA celebrated completion of 15 years since its inception in 2000 at Dr. Tultul Ghosh’s residence. A brain storming session was also held on the occasion regarding future activities of DANA.

E-billing and E- management of data related to all registered clients of DANA were started during the last three financial years and is being effectively carried on.

A deep sense of gratitude is expressed to Ghosal Barnwal & Co auditing the Accounts of DANA like previous years at a nominal fee.
Last, but not the least, it is the whole hearted co-operation from all categories of Members and Office colleagues viz Ms. Puja Dutta, Mr. Subhas Maitra, Mr.Shyamal Chatterjee and Mr. Animesh Patra, that has helped DANA to become successful in its endeavors.

World Mental Health Day is observed on 10 October every year, with the overall objective of raising awareness of mental health issues around the world and mobilizing efforts in support of mental health.

The Day provides an opportunity for all stakeholders working on mental health issues to talk about their work, and what more needs to be done to make mental health care a reality for people worldwide.

DANA will organize an interactive programme on “Living with Schizophrenia” on Friday, the 10th October, 2014 at 5 pm at its own premises. Interested members, clients, students and professionals may kindly attend. 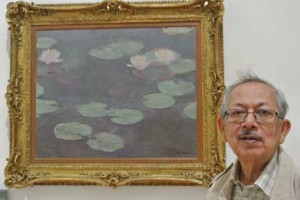 I along with some of our psychologist & artist friends  have started an Art-Therapy unit where counseling of selected adult psychiatrist patients have been facilitated through visual art-works. Beyond the aesthetic judgment,  here the Visual-language  is used to enhance  the depth of communication. We believe that it has a special importance in our multi-linguistic country .We like to be connected with like-minded persons to enrich our views.

We also need to strengthen our forum which has not yet achieved due place in our therapeutic approach. 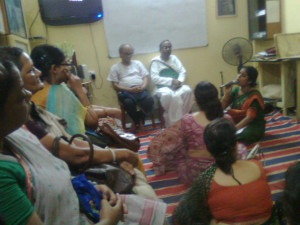